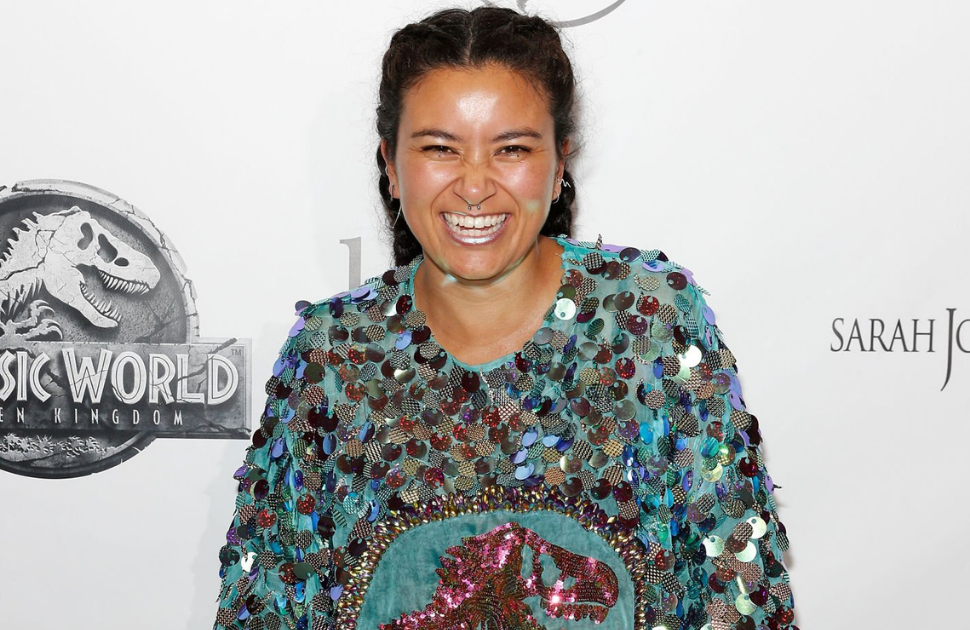 Eurasian Aussie born mother of two Angela Lowe has always had a love of fashion, all things bright and shiny with a touch of the eccentric which is emphasised in her unique and thought provoking creations.

Born in Sydney in 1986, to creative parents she learnt to value her creative nature, in her perspective and exuberant personality.

She first began her working life in the sales industry, exploring both real estate and recruitment. However the limitations of the normal soon bored her which led to her rethinking to what she really valued. In the meanwhile her love of fashion never ceased, with her sewing her own unique outfits as she wasn’t interested in the commercial fashion at the time.

It was only after living abroad for a year, that she realised that her true passion wasn’t being met. So when returning to Australia In 2013 she decided to enrol at the fashion design studio at Ultimo TAFE to pursue this long held passion.

Angela Graduated in 2015 and was invited to show at Sydney’s Fashion week in the Innovators Show with the other top students. Her designs were innovative, unique and sometimes surreal.

It was here that EWOL was born.

Since then EWOL has been featured in magazine editorials for Vogue, Black Magazine, Flannelle, Rebel Mag, etc with Angela’s own self designed wedding dress being featured in Australian Wedding magazine ‘Hello May’. EWOL has also been seen on musicians, artists and celebrities like Vera Blue, Sheldon Riley, Ngaiire, Dami Im, Imogen Anthony, and Gaffy Gaffiero to name a few. Garments have also been seen on ‘The Voice’ Australia.

In 2018 Angela was invited to collaborate with Universal studios for the Jurassic World Fallen Kingdom fashion show which was inspired by the film. This helped her brand reach a larger audience and following.

So when the QVB and Vivid Sydney came calling, it only made sense that she would take up this new venture…